On and On We Ran Away

“On and On We Ran Away” is a single-player adventure game developed for PC, Mac and the Nintendo Switch. It tells the story of Martine, a refugee, who fled from Kosovo to Italy when the Kosovo war started in the late 1990s. After becoming pregnant, Martine decides to reunite with her estranged family, whom she left behind at the beginning of the war. On the road, she hitches a ride with Angel and Jean, members of a German-American Emo band, and becomes entangled in their struggle to make the European tour a success. The gameplay aims to be a calming experience focusing on dialogue and music, mirroring the contemplative journey of being on the road. It consists of explorative sections with small puzzles and the possibility to collect various items. These can be used to decorate Martine’s car or to trade for other desirable items like audio cassettes, which will unlock the full musical experience of the game. Throughout the game, the player cares for Martine, discovers her strengths, and learns the backstories of her unlikely travel companions who join along the way. The game’s focus on experiential gameplay instead of goal-oriented progression lets the player progress at their own pace, and bask in the atmosphere of each location and the characters that inhabit them. 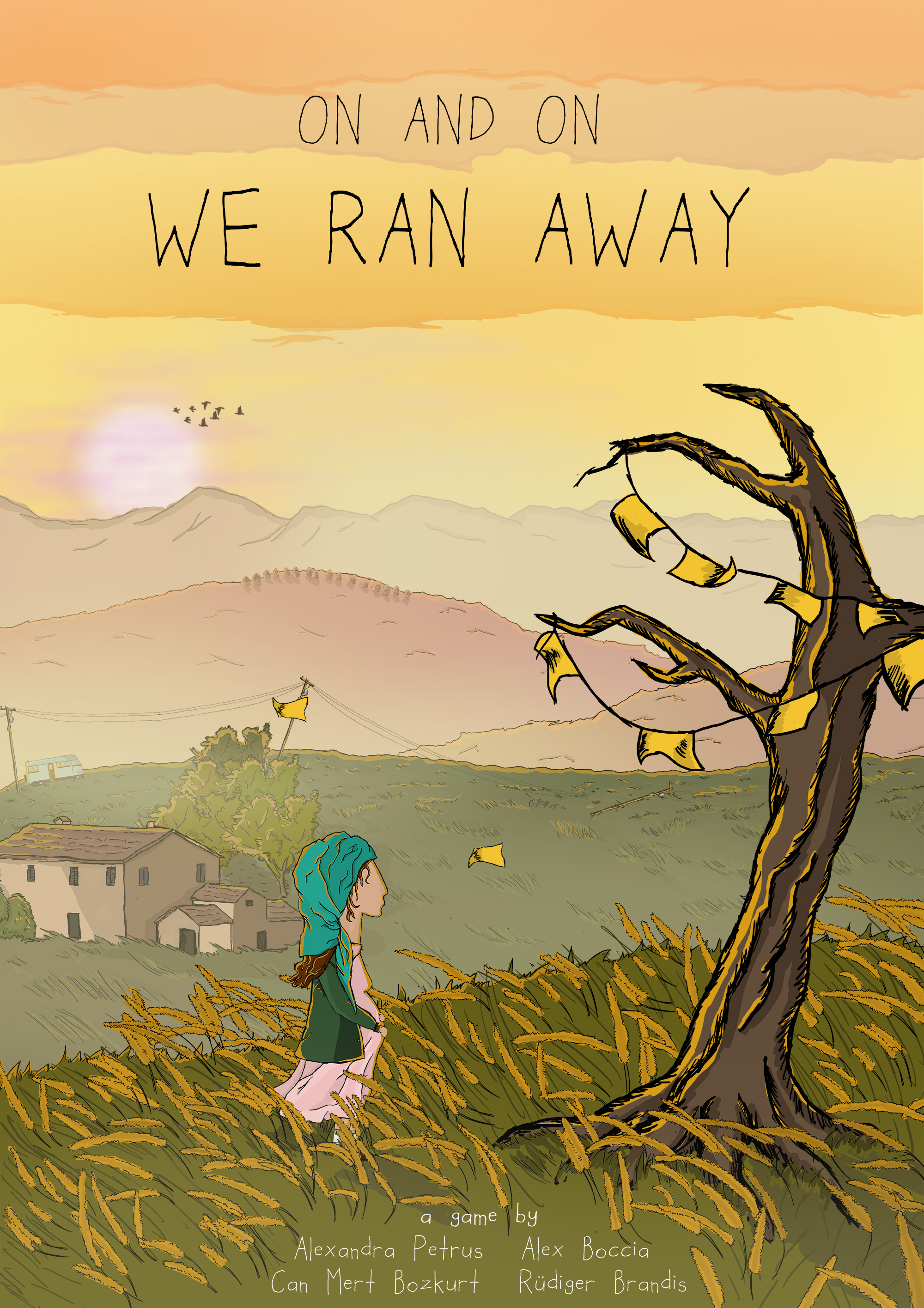 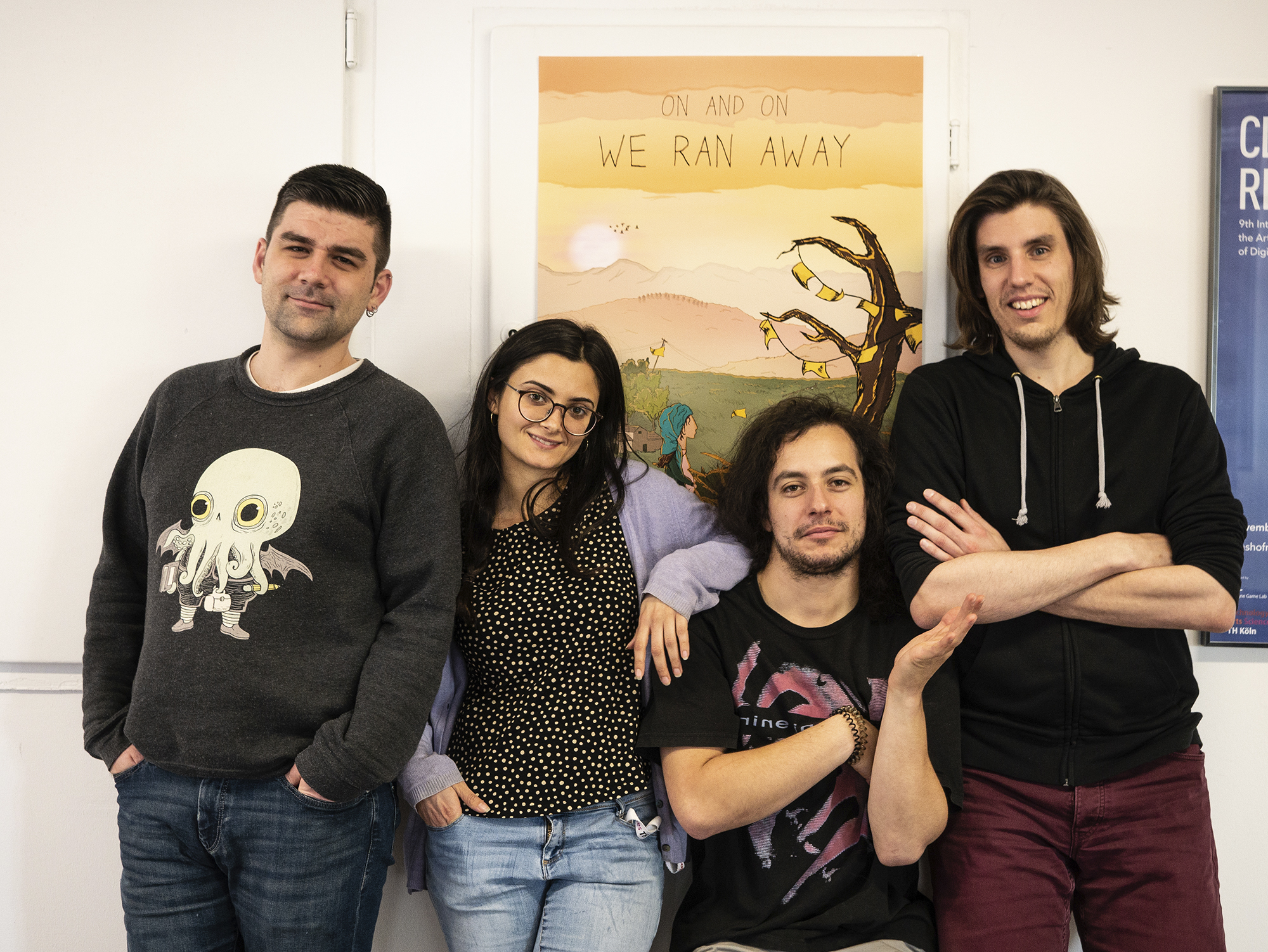